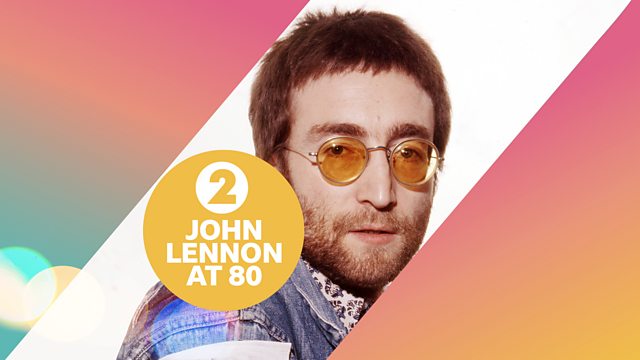 John Lennon at the BBC: From The Beatles’ early days to his final interview

Liza Tarbuck explores the BBC's archive of John Lennon's work from his earliest days with The Beatles to his final interview recorded 2 days before his death in December 1980.

Liza Tarbuck explores the BBC's archive of John Lennon's work from his earliest days with The Beatles up to his final interview recorded 2 days before his death in December 1980.

Born on the 9th of October 1940, John Lennon's work both as a musician and as a high-profile peace activist still resonates as loudly today as it did during his lifetime. He appeared frequently on BBC programmes which provide a fascinating insight into his creative output and worldview. His contributions were articulate, often controversial and always searingly honest as he talked about subjects including the Vietnam War, his protracted struggles with the US authorities as he tried and eventually succeeded in securing residency there, the break-up of The Beatles, his treatment by the press and the development of his music throughout the 1960s and 70s.

The featured programmes include his 1971 appearance on Parkinson alongside his wife Yoko Ono, performing his own poetry on Not Only But Also, talking to Bob Harris about his Rock 'N' Roll and Walls And Bridges albums on The Old Grey Whistle Test, an early 'pop profile' for the World Service with Brian Matthew and his explosive 1969 interview with veteran New York Times War Correspondent Gloria Emerson which was captured on film for the BBC's 24 Hours. Also featured are tracks from throughout his solo career which have been painstakingly restored and remixed for the newly released collection, Gimme Some Truth.

See all episodes from John Lennon at 80