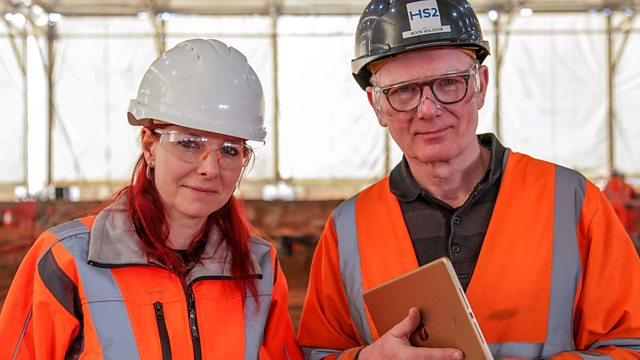 How working-class Victorians made Birmingham one of the most important industrial cities on the planet, why some skeletons have mysterious cut marks on them, and the rise of the real Peaky Blinders.

In this final programme, anthropologist Professor Alice Roberts and historian Dr Yasmin Khan reveal how working-class Victorians made Birmingham one of the most important industrial cities on the planet. The discoveries range from why several mysterious skeletons have strange cut marks on them to the rise of the real Peaky Blinders.

Next to Park Street stands the last glorious remnant of Curzon Street station, the oldest surviving railway terminus in the world and a neoclassical gem, opened in 1838. The archaeologists are uncovering much more of this historic station, including a turntable locomotive shed.

Metres away at the cemetery excavation, Alice explores how this great industrial city that grew from a few thousand to 700,000 residents in just over a century literally left a physical mark on thousands of the skeletons buried at Park Street. She discovers evidence of amputations and bones that have mended, but, in an era when the poor couldn’t afford health care, ten per cent of the skeletons have evidence of poorly healed bone trauma.

Finally, Yasmin discovers what happened to the burial ground after it was full. Remarkably it became a haunt of the real Peaky Blinders, who inspired the successful drama series. But the real Blinders weren’t just one gang - they were a phenomenon.