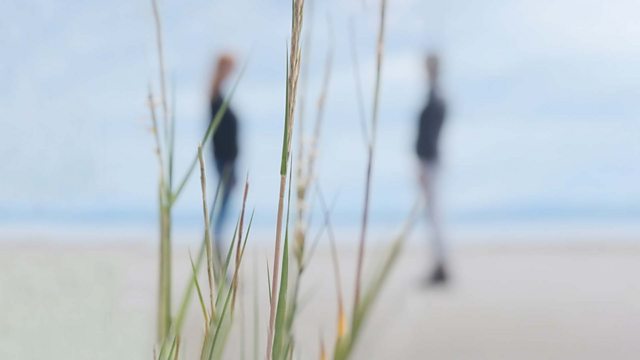 Zosia Wand's powerful drama about heritage and identity, Bones explores how it feels to be a migrant and the emotional impact on the generations that follow.

Zosia Wand's intimate and compelling drama set in real time on the sands of Morecambe Bay.

A Polish mother and her teenage daughter fight over a shameful family secret on the perilous sands. Can they confront the truth before the tide cuts them off? A play about heritage, slippery memories and the secrets we keep to survive,

Bones explores how it feels to be a migrant and the emotional impact on the generations that follow.

The broadcast is accompanied by a specially commissioned film created by artist Hannah Fox and film maker Rich Berry - Reel Things for BBC Contains Strong Language Festival in Cumbria which can be viewed on the website https://www.bbc.co.uk/programmes/p08svf7v where you can also find information about other programmes in the festival.
For further information about the making of the drama please go to www.zosiawand.com