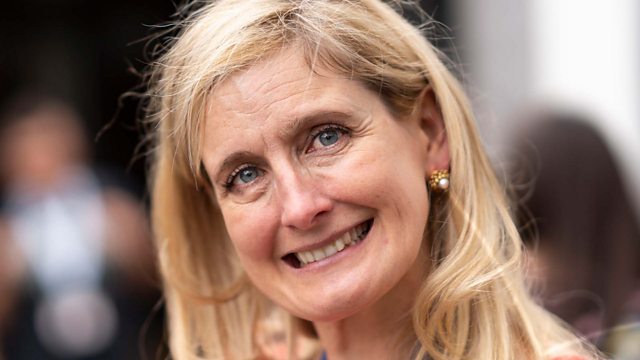 Richard Coles and Marverine Cole are joined by writer and illustrator Cressida Cowell, whose How to Train Your Dragon series has sold 11 million books worldwide in 38 languages and is a major DreamWorks Animation film franchise, she’s also written the Wizard of Once series, the Emily Brown books and is the current Children’s laureate.

Rob Halford is lead singer of Grammy Award winning heavy metal band Judas Priest. He struggled with his identity and drug and alcohol addiction. He's now sober and out!

Jessi Gutch was diagnosed with incurable cancer in February 2019, aged 26. Plans this year to work through her “bucket list” were replaced by shielding in her second floor flat. However, she still managed to explore some of these themes in a short film and she got married. She joins us.

Suzanne Bonnar grew up the only black child in a tiny Scottish town. She didn’t know her American father, but she felt connected to him via the US Naval servicemen who were stationed nearby. When the US military permanently withdrew from Loch Hope, she set about trying to find her dad. The story of their reunion was captured by a documentary crew. 25 years later Suzanne feels she has only just recovered from the experience.

Lexicographer Susie Dent chooses her Inheritance Tracks: Calypso by John Denver and Me, Myself, I, by Joan Armatrading, and your thank you.