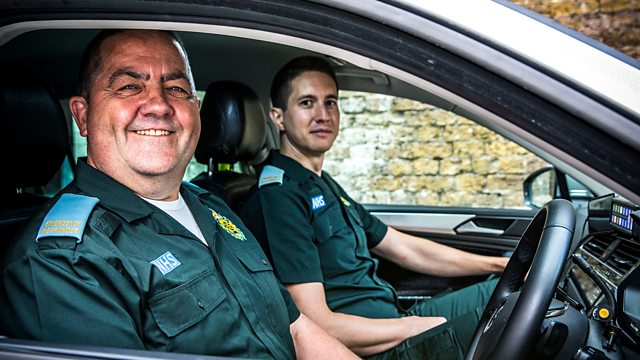 Joining ambulance staff caring for nine million people on a day of political protests in the capital.

Filmed in the autumn of 2019. Cameras follow a new cast of characters from the London Ambulance Service as they care for the nine million people of the city.

Advanced Paramedic Kev is dispatched to a cardiac arrest. While the ambulance crews on scene continue to give CPR, Kev’s attentions turn to support the family members anxiously waiting. There is brief hope when they get a pulse back, but the patient needs to be urgently transferred to hospital, and a van is blocking the ambulance’s path and refusing to move.

Three hours into the busy Friday shift, control have already taken over 300 emergency calls in the past hour. Gary and Fabio are on duty for the next 12 hours. They are dispatched to a patient who has fainted at Oxford Circus underground station, but whilst on scene, Extinction Rebellion protesters flood the area and block the roads.

The next day, as MPs sit during the weekend for an important vote in Parliament, the team in control is taken by surprise when there's a problem nobody had foreseen - the entire computer system used to respond to 999 calls crashes. The team is forced to make an urgent switch from computers to pen, paper and map books, answering calls and taking down the information by hand before dispatchers radio the crews and direct them to the most serious cases.

This is an episode that highlights the pressure on the ambulance staff to make difficult life-and-death decisions with no time to pause, while we also see how often their role is to support a patient’s family through difficult times as much as it is to give emergency medical care. These are the real stories behind the sirens.