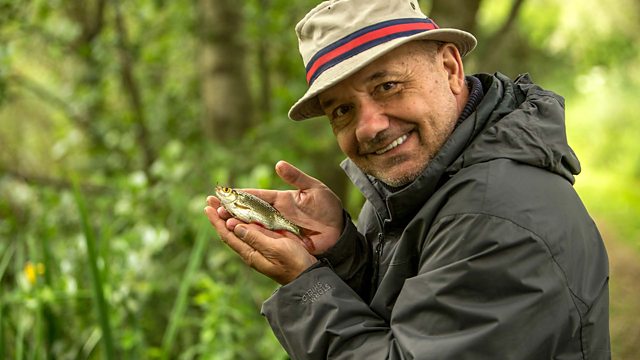 Paul and Bob go lake fishing in Wiltshire for the shy and elusive crucian carp.

Paul and Bob go lake fishing in Wiltshire, and they are up before sunrise to give themselves a fighting chance of catching a crucian carp – one of the UK’s most shy and elusive species that prefer the shadows of dawn and dusk and are notoriously tricky to catch. A relative of the goldfish, they have been likened to trying to catch a unicorn. Paul and Bob need to employ every ounce of stealth they can muster, but will it be enough to net a crucian?

As the sun breaks through, Paul and Bob have plenty of time to chat as they sit quietly and wait for a bite. The conversation turns to the fact that female fish generally grow bigger than males, which leads Bob to recall his fear and shyness in talking to girls when he was young. They compare chat-up lines and laugh at how awkward they used to be, as well as thinking about the most important women in their lives and how those relationships shaped them. They discuss how different the images of male and female pop stars are today – and how it seems that it is easier now for men to sing about emotions and heartache.

As Paul moves to another section of the lake, Bob starts to prepare their bankside breakfast. He is cooking them a healthy vegetarian option, but when it is time for Paul to stop fishing and come and eat, he is distracted by a new addition to their lakeside scene. Bob has brought a new fishing chair that Paul finds distressing to the eye - and he lets Bob know as much. Later in the day, Bob gets Paul back for his outburst.

As it approaches midday, Paul and Bob know that the best of the day’s fishing is behind them, and they pack up and drive to their accommodation for the night – an old converted chapel set in lush green surroundings. Before they go inside, they take a walk around the deconsecrated graveyard outside the chapel.

That evening, Bob has a fun night in planned – drinks, nibbles and a bit of pampering - but first he wants Paul to show he is truly sorry for the earlier business with Bob’s new chair. After they have made amends, Paul is inspired to write a heartfelt song in the style of today’s male singer-songwriters. He shares with Bob what he has come up with so far.

The next morning, they return to the lakes, and a change in the weather brings a different set of challenges and ways to approach catching a crucian carp. Again, they fish both together and apart, but always in earshot of one another so they can witness any catching action as it unfolds.

Bob rounds off the day with a vegetarian curry. He also makes a campfire, and as they sit next to it and eat, Paul shares the latest version of his song, which is entitled Not Good Enough. Bob soon joins in – it is too catchy not to. 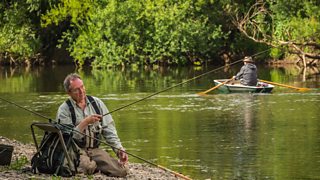