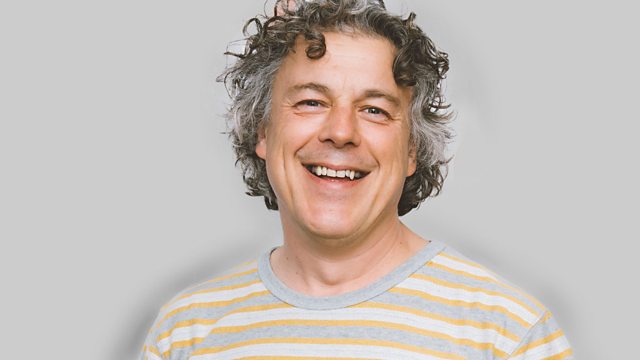 Alan Davies joins Richard Coles and Marverine Cole. Having spent nearly 20 years on the QI panel, performing sell-out comedy tours and appearing in television sitcoms and dramas, Alan has branched out and written an unflinching memoir about his painful childhood.

Kadiatu Kanneh-Mason is a former lecturer at Birmingham University and the mother of seven children. The third eldest, cellist Sheku Kanneh-Mason, was BBC Young Musician 2016 and performed at the wedding of Prince Harry and Meghan Markle. The siblings have performed at the 2018 BAFTA ceremony, Britain's Got Talent, The Royal Variety Performance and at major concert halls around the world. How did she do it?

Harry Shearer is an American comedian, radio host and actor who is known for his stints on Saturday Night Live, for co-creating and performing in This Is Spinal Tap and for voicing up several characters on The Simpsons, including Mr Burns, Principal Skinner and Ned Flanders. He is now using his vocal skills to create an album of songs which Harry performs as Donald Trump.

Listener Barbara Butcher contacted Saturday Live to tell us about her grandfather, who died during the First World War at Ypres in 1917. He left behind a beautiful watch which has been in the family for four generations, but when her son had the watch opened up a few years ago, he was surprised by what he discovered…

And we have the Inheritance Tracks of food critic and broadcaster Jay Rayner whose latest book Last Supper: One Meal, a Lifetime in the Making is out now and the Jay Rayner Quartet will be live-streaming their gig on Oct 17th.