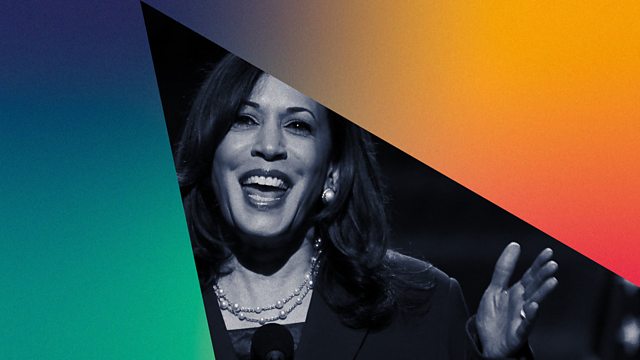 If the Democrats win the US presidential election in November, Kamala Harris will be "just a heartbeat away" from the Oval Office - but who is she? With Mark Coles.

The woman who could soon be "a heartbeat away" from the presidency. This week voters in some states started sending in their ballot papers for the US presidential election. If the Democrats win when results are announced in November, it's vice presidential candidate Kamala Harris who'll be second in line to the Oval Office. She would be the first black person, the first woman and the first person of Indian descent to become VP. But what is Kamala Harris really like? Why has she attracted criticism in some circles for her record as a prosecutor and a legislator, while being hailed a hero by others? And is she likely to attract voters to Joe Biden's presidential campaign, or drive them away?