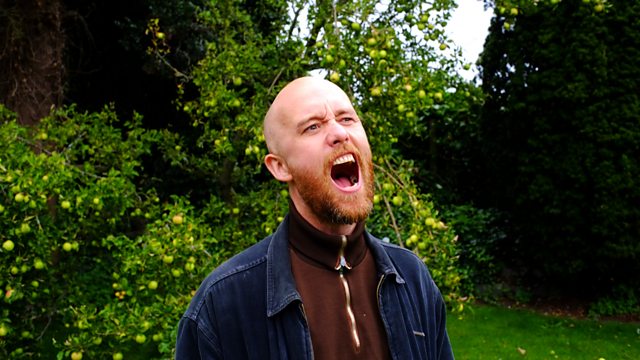 Stuart hears from Carl Brown, founder of eclectic experimental pop label Them There Records. The Preston-based imprint marries folk, electronic and ambient music together with the outer peripheries of pop. It has quickly established itself as one of North England’s go to places for finding exciting oddities like Freak Zone favourites Bianca Scout and Bunny Hoova.

The featured album comes from the innovative komische ensemble Harmonia, and their meditative 1975 record Deluxe. The eccentric supergroup, made up of Kraftwerk’s Michael Rother and Cluster’s Dieter Moebius and Hans-Joachim Roedelius have been referred to by Brian Eno as “the most important rock band of all time”. Harmonia were responsible for seamlessly melding electronics and rock instruments, a previously unheard and unparalleled sound including luminous and melodic synths, chanted vocals and hand drums.

Also on the show, experimental electronics from Russia, 1970’s rock from Zambia and keyboard arrangements inspired by the life of Henry VIII.