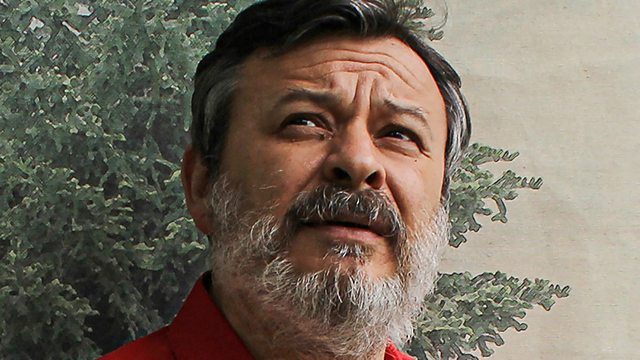 Gary Davies sits in and has an Elton John exclusive

Gary has a world exclusive Elton John announcement and first play of a very special piece of music. Plus there's more Tracks Of My Years from James Dean Bradfield.

Gary has a world exclusive Elton John announcement and the first play of a very special piece of music.

James Dean Bradfield, Welsh singer songwriter and one-third of the Manic Street Preachers, is choosing the Tracks of My years all week with Gary Davies sitting in for Ken. Last month James released his second solo album entitled 'Even In Exile', based on a collection of songs loosely tracing the story of the life and death of Chilean poet-singer-activist Victor Jara. James set words written specifically for the album by poet and playwright Patrick Jones to music, adding: “I started each track with just guitar and vocal and built it up from there, this is an album that wasn’t jammed - it was quite a precise procedure of finding the right architecture for the lyrics. That meant it was never envisaged as an album I was going to take out on the road.” His first solo album, 'The Great Western', was released back in July 2006, where the majority of lyrics were written by James and featured a theme of looking to the past in a personal rather than a political light. The title refers to the Great Western Railway and much of the album was written on the train journey between Cardiff, where he lives today, and Paddington.

The next two tracks James has chosen come from Big Country and The Waterboys. Gary also has the daily love song, record and album of the week, plus another round from the legendary music quiz PopMaster. If you'd like to get in touch email Gary.Davies@bbc.co.uk