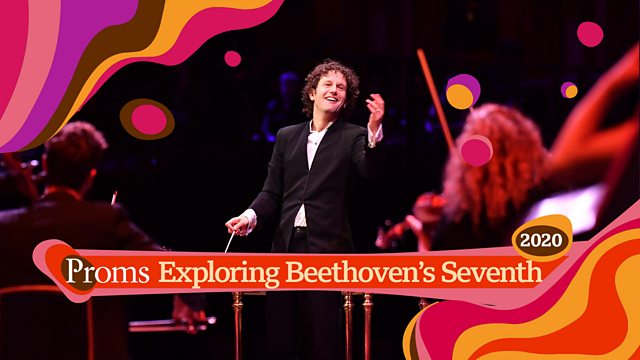 The Aurora Orchestra and their conductor, Nicholas Collon, unpick Beethoven's Seventh Symphony to explore the inner workings of the composer's creative genius before performing the work - from memory!

To celebrate Beethoven’s 250th anniversary, Tom Service and the Aurora Orchestra present a unique evening in which conductor Nicholas Collon and the orchestra take apart Beethoven’s popular Seventh Symphony and show us the inner workings of the composer’s creative genius, followed by a performance of the work in the orchestra’s signature style - from memory!

Also on the bill at the Royal Albert Hall is a new work by British composer Richard Ayres, whose piece is inspired by Beethoven’s struggle with his loss of hearing.