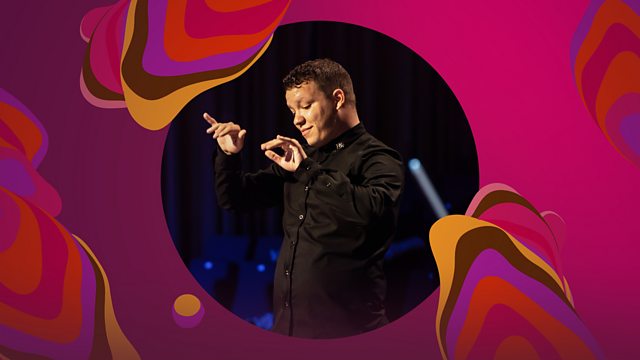 A Prom with an American focus in which Ryan Bancroft and the BBC National Orchestra of Wales feature influences of jazz alongside Barber, Copland, and a new work by Gavin Higgins

California-born Ryan Bancroft makes his debut as Principal Conductor of the BBC National Orchestra of Wales, and at the Proms, with this programme which has a focus on America and its music. Martinů’s Jazz Suite perfectly complements John Adams’s Chamber Symphony; the sound-world of which arose for the composer when he viewed his study of Schoenberg's Chamber Symphony through the lens of cartoon music coming from the next room. An exciting new commission by British composer Gavin Higgins entitled Rough Voices follows, before two American classics: Barber’s nostalgic evocation of a balmy Tennessee night and Copland’s exhilarating ballet suite inspired by early-19th-century pioneer settlers in Pennsylvania, in its less-heard original chamber version.