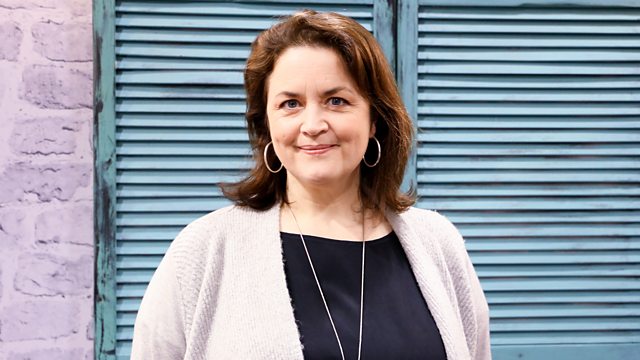 Writer and actor Ruth Jones joins Mark and Stuart to share her 'First, Last and Everything' and chat about her new novel.

Mark Radcliffe and Stuart Maconie present a feast of great music and chat for weekend breakfast.

Today, writer and actor Ruth Jones joins Mark and Stuart to share her 'First, Last and Everything' - that’s the first record she owned, the most recent one she's enjoyed and the record that means ‘everything’ to her. She also discusses her new novel.

Born in Glamorgan, Wales, Ruth began acting in the early 1990's and came to prominence playing Nessa in BBC TV comedy series 'Gavin and Stacey' which she co-wrote and co-starred in with James Corden. She also appeared in TV comedies including Stella and Nighty Night as well as BBC dramas Tess of the D'Urbervilles, Little Dorrit and Hattie. Her new novel 'Us Three' is her second, and follows the release of her debut novel 'Never Greener' in 2018.

Also on the show... a whole host of quality radio items including 'Breakfast Blend' - three tracks that make a great sonic blend - plus another instalment of Sunday Glove Songs.

You can take part in The Chain, choosing a track for our world-famous list of over 8000 interconnected songs.

Plus a finely balanced blend of new and old music, setting you up for a Sunday.