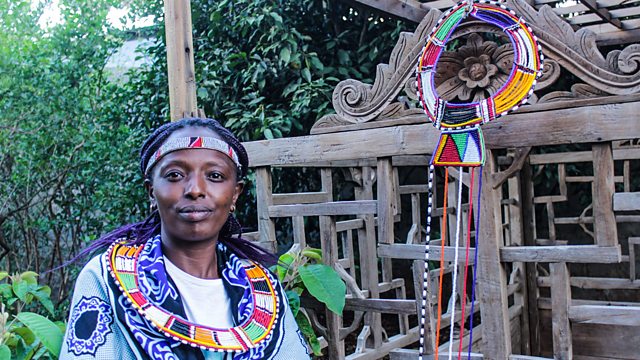 Handmade in Africa Series 1
Episode 3 of 3

For the Maasai people of the Great Rift Valley, beaded jewellery is of great ceremonial significance. The Maasai are a semi-nomadic tribal group who inhabit much of Kenya and Tanzania. Many Maasai people continue to live traditional, pastoral lives. While the men tend to their cattle, Maasai women care for children, maintain the village buildings, and craft intricate, colourful beaded items. Necklaces, bracelets and headpieces are used in Maasai weddings and coming-of-age ceremonies, but they are also enormously popular with non-Maasai Kenyans and tourists. Over the past few decades, tourist interest in Maasai beads has allowed Maasai women to earn their own money for the first time.

This episode follows Jane Semanto, a master bead maker, as she crafts a traditional Maasai wedding necklace. Like many Maasai, Jane lives a modern life in Nairobi but retains a deep knowledge and reverence for her tribal heritage. The Maasai use beads to signify social and marital status. Colours also hold special importance, signifying elements of the Rift Valley landscape, as well as valued Maasai character traits such as bravery and friendship. During the film, Jane leaves her Nairobi studio to visit her Maasai friends who live a more traditional rural existence. We discover how, for them, bead making not only gives them an income and independence from their husbands, it also fosters a sense of female solidarity

See all episodes from Handmade in Africa 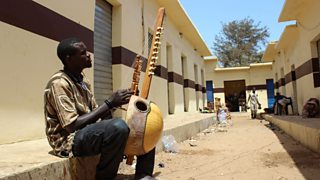 Tom on his fortune in being asked to film, direct and produce.