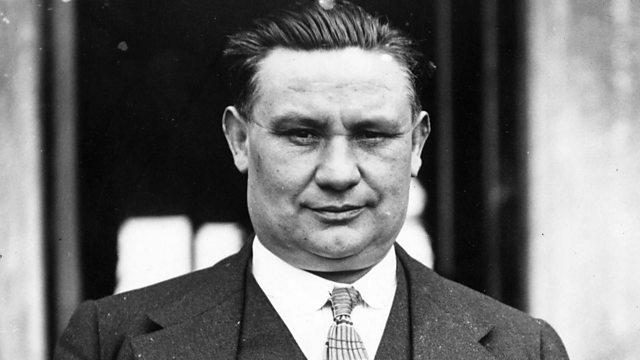 Ernie Bevin founded a trade union, was in Churchill's wartime cabinet, and helped to establish NATO. Why is he not better known?

Ernie Bevin led an extraordinary life. Born in Somerset in 1881, his father is unknown and his mother died when he was eight. He left his job as a farm labourer age 11 and moved to Bristol, where he helped to found the Transport and General Worker's Union. He was Churchill's Labour minister in the wartime cabinet, and heavily involved in postwar reconstruction as Foreign secretary under Clement Attlee. He smoked too much and drank too much, and made a massive impression on everyone he met. So why is he not better known? Nominating him is Frances O'Grady, General Secretary of the TUC, Matthew Parris presents and also contributing is his biographer, Andrew Adonis, author of Ernest Bevin: Labour's Churchill.