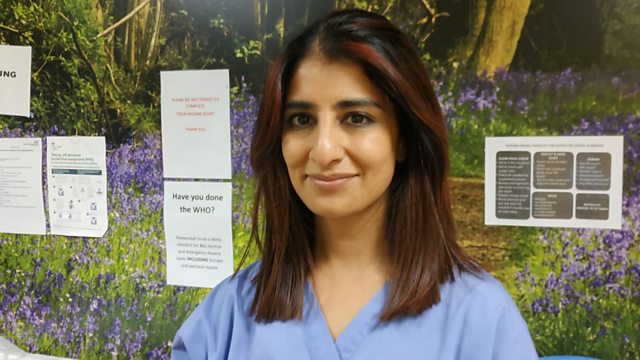 My City in Lockdown

Dr Fozia Hayat is supportive of measures to control the spread of the virus, but shocked by the way that partial lockdowns were imposed across Northern cities.

As a doctor on the covid wards Fozia Hayat is supportive of measures to control the spread of the virus, but was shocked by the way that partial lockdowns were imposed across Northern cities.

Localised lockdowns took effect on the eve of Eid celebrations and Fozia starts by speaking to people in her own community. She examines the reaction to the government led restrictions imposed across parts of West Yorkshire, East Lancashire and Greater Manchester, focusing on what messages are getting through and what sense people across the generations are making of them.

As friends and relatives scrambled to unpick their Eid celebrations they were drawn into the swell of conspiracy theories on social media and the mounting anger felt at the way they were being treated. A few went ahead with their plans anyway, but most obeyed the new rules, becoming increasingly angry at pictures of crowded beaches and packed pubs

As a doctor Fozia is worried about divisions and racist undertones in the wake of localised lockdowns. There were provocative tweets from a neighbouring Conservative MP blaming things on "irresponsible" Asians and in wealthier parts of the borough demanded exemption from the new rules. In the hospital there are now only a handful of patients on the covid wards, but many of the newly infected are young and could put older relatives at risk.

Migrant populations have higher fertility rates and high covid rates amongst the young will clearly impact in cities like Bradford. Fozia is concerned that coverage rarely focuses on a more nuanced understanding of what's happening. Many in the Asian community feel singled out and perplexed at why funerals and family gatherings are restricted whilst bars are open for business.