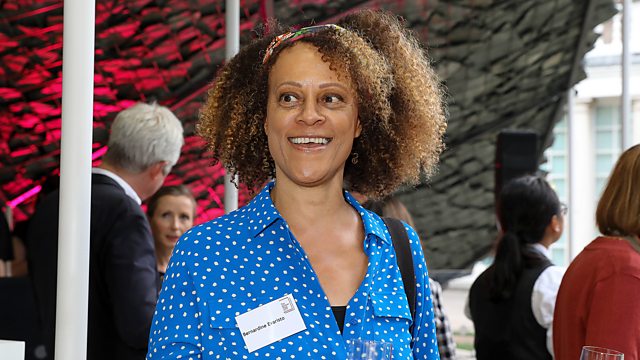 Bernardine Evaristo on being shortlisted for the Women's Prize, Anoushka Shankar at the Proms, we review French film Les Misérables.

Bernardine Evaristo on Girl, Woman, Other - shortlisted for the 2020 Women’s Prize For Fiction. As Front Row continues our interviews with writers on the shortlist, the author talks to us about her Booker prize winning novel which follows 12 characters, most of them black British women, on an entwined journey of discovery.

Ginette Vincendeau reviews Les Misérables, the French entry for the 2019 Academy Award for Best Foreign Film. Its director, Ladj Ly was raised in Les Bosquets, a febrile housing estate in Montfermeil, and documented the 2005 riots there in his film 365 days in Clichy-Montfermeil. Inspired by an act of real police violence Ly witnessed, the film follows the residents of Les Bosquets as tensions between police and local teenagers escalate.

The celebrated sitar player Anoushka Shankar on her BBC Proms performance this Friday for which she’ll be collaborating with many contrasting musicians including electronic artist Gold Panda. She also talks about collaborations on her latest EP, Love Letters, a set of intimate songs influenced by the theme of heartbreak.