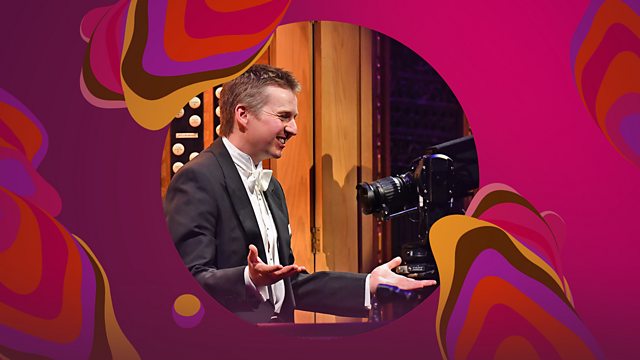 In the vast space of the Royal Albert Hall, Manchester-born Jonathan Scott sits alone at the 70-foot-tall Henry Willis organ – an instrument Scott describes as ‘one of the greatest concert organs in the entire world’. Here he exploits the full possibilities of the musical beast’s four manuals, 147 stops and 9,999 pipes, to bring to life his own symphonic arrangements of colourful orchestral classics.

Scott’s selection opens with the overture to Rossini’s The Thieving Magpie, its famous snare drum exchanged for bellowing pedals. (Scott’s footwork has been said to put Gene Kelly to shame.)

After the serene, reflective Intermezzo from Mascagni’s opera Cavalleria rusticana comes Dukas’s mischievous trainee wizard, whose attempt to make light work of filling a cauldron with pails of water backfires, resulting in a rising tide of chaos. The concert’s climax is the ‘Organ’ Symphony by Saint-Saëns, commissioned by London’s Philharmonic Society and first performed at St James’s Hall, Piccadilly, a couple of miles from the Royal Albert Hall. With Scott taking on the roles of both solo organist and orchestra, it’s a fitting tribute to the French composer, who was himself was among the first to play the Royal Albert Hall’s mighty organ when it was completed in 1871.