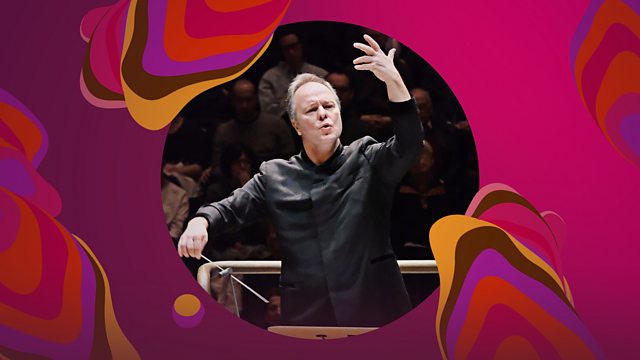 Sakari Oramo conducts the BBC Symphony Orchestra in Beethoven’s 3rd Symphony, Copland’s Quiet City and a world premiere by Hannah Kendall in the first live Prom of the 2020 season.

Sakari Oramo and the BBC Symphony Orchestra kick off this season’s live offering with a specially-commissioned work by English composer Hannah Kendall. Tuxedo: Vasco ‘de’ Gama takes as its title a quote from American artist Jean-Michel Basquiat’s matrix of hieroglyphs, symbols and words, and it launches a voyage across the Atlantic that takes us via Eric Whitacre’s tender Sleep, sung by the BBC Singers, to the expansive, desolate sound-world of Copland’s Quiet City.

For the concert’s climax we plunge into the stormy waters of Beethoven’s revolutionary ‘Eroica’ Symphony, noted by one early reviewer for its ‘strange modulations and violent transitions’ – a passionate musical vision of heroism.