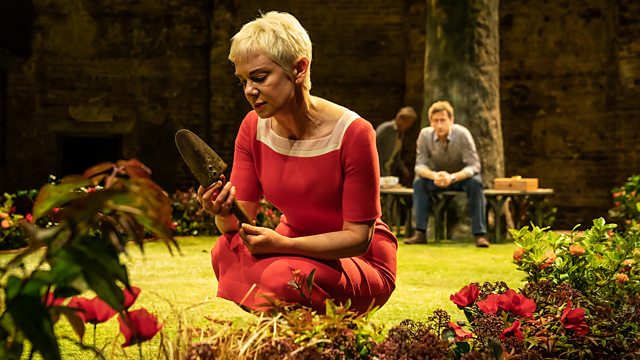 Mike Bartlett's Albion is a tragicomic drama about family, passion and national identity. Filmed at the Almeida Theatre, the play is set in the garden of an English country house.

Mike Bartlett's play Albion, directed for the stage by Rupert Goold, is a tragicomic drama about national identity, family, passion and the disappointment of personal dreams.

Filmed at London’s Almeida Theatre, the play is set in the garden of an English country house. The house has been bought by successful businesswoman Audrey Walters, who intends to restore the ruined garden to its former glory and create a memorial to the son she recently lost in a foreign war.