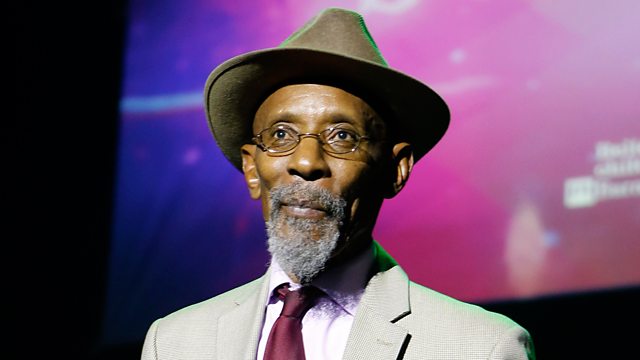 Jamaican dub poet Linton Kwesi Johnson has chronicled the Black British experience for more than 40 years, reflecting the world in which he has lived through powerful verse.

Linton Kwesi Johnson was born in Jamiaca 68 years ago, moving to London to join his mother aged 11 and has created a unique career as a performance poet. Signed by Richard Branson to Virgin Records in 1978 he went on to record a series of acclaimed albums which combined his powerful verse with reggae rhythms.
Linton Kwesi Johnson was the first black poet to be published in the Penguin Modern Classics series, and was recently been awarded the 2020 PEN Pinter Prize, a literary award for a lifetime’s work.
He spoke to John WIlson about his life and career and the continued relevance of his poetry.

Modern Productions in a Roman Theatre, the Art of the Prequel, the Pandemic and Redundancies in the Arts Industries