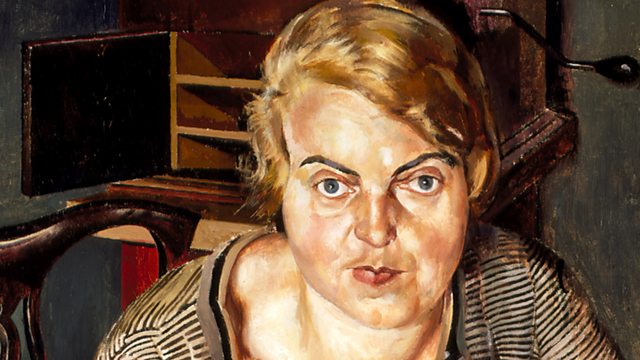 The Wives of Stanley Spencer are the subject of a new exhibition Love, Art, Loss at the Stanley Spencer Gallery in Cookham, Berkshire. Artist and illustrator Siân Pattenden reviews.

The explosion in Beirut two weeks destroyed thousands of buildings in the Lebanese city, including many of the art galleries and museums. Sursock Museum Director Zeina Arida and gallery owner Saleh Barakat consider the damage done to the city's culture as well as its infrastructure.

Continuing Front Row's interviews with all the authors shortlisted for this year's Women's Prize for Fiction,Angie Cruz discusses her novel Dominicana. Ana is a schoolgirl muddling through adolescence on a small farm in the Dominican Republic, but her mother marries her off to a man twice her age, whom she sees as the ticket to America for the whole family. Ana, fifteen, with no English, no money and no autonomy, arrives on a false passport to begin a new life in cold, grey New York.

Image above: Portrait of Patricia Preece, 1933 by Stanley Spencer

Modern Productions in a Roman Theatre, the Art of the Prequel, the Pandemic and Redundancies in the Arts Industries

The One and Only Ivan director Thea Sharrock, Educating Rita, writing about music, research on Covid-19 risk from singing

Image to the left: Stanley Spencer painting in the Cookham churchyard 1958

Image: The Sursock Museum, Beirut, Lebanon before the huge explosion on 4th August 2020.

Angie Cruz's book Dominicana is out now in hardback, softback, as an eBook and an audio download.

It has been shortlisted for the Women's Prize for Fiction 2020.