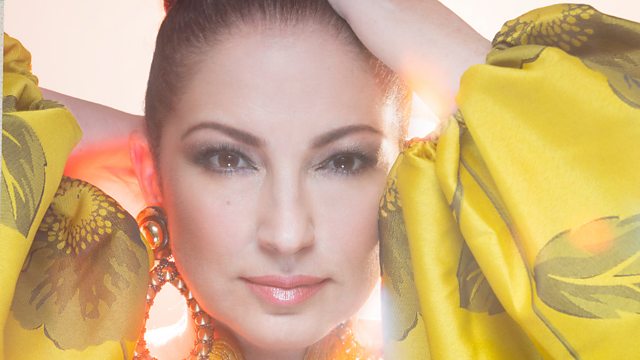 Gloria Estefan discusses her Latin American roots as she releases a new album Brazil305. And 80 years after the Disney classic, there's a new film version of Pinocchio - in Italian.

The Miami singer Gloria Estefan discusses her Cuban roots and the musical and cultural links the country shares with Brazil, as she releases her new album Brazil305. The singer also remembers the sadness she faced as a child when her father returned from Vietnam, contracting multiple sclerosis as a result of the military’s use of Agent Orange.

A new film version of Pinocchio has just been released. And if you’re hoping for a wholesome remake of the 1940 Disney film, you’ll be in for quite a surprise. 80 years on from the all-singing version telling the story of a loveable boy puppet who wants to become a REAL boy, this latest Italian language version takes a less sentimental approach. It’s a story which has been translated into over 300 languages, which apparently makes it the most translated non-religious book in the world and one of the best-selling books ever published, To review this and to take a look at other cultural highlights of their weeks, I’m joined down the line from Edinburgh by the poet Don Paterson and by the theatre critic for The Scotsman newspaper Joyce McMillan

When Shane McCrae was three he was taken from his black father and brought up by his grandmother as a white supremacist so, in effect, to hate himself. Today McCrae is an acclaimed American poet, a finalist for the National Book Award and author of seven collections. His poems are this month being published in the UK for the first time , with two books, Sometimes I Never Suffered and The Gilded Auction Block, coming out simultaneously. His poetry is totally engaged with the present, with references to Donald Trump, yet is deeply informed by the forms and prosody of the canon of English poetry, in which he is steeped. In his first UK interview he talks to Kirsty Lang about his life, and reads his powerful work.

Classical guitarist Sean Shibe discusses the impact of Julian Bream, the British guitarist and lutenist who has died aged 87.

Pinocchio is in cinemas now.

Shane McCrae's collections Sometimes I Never Suffered and The Gilded Auction Block are released in the UK now.