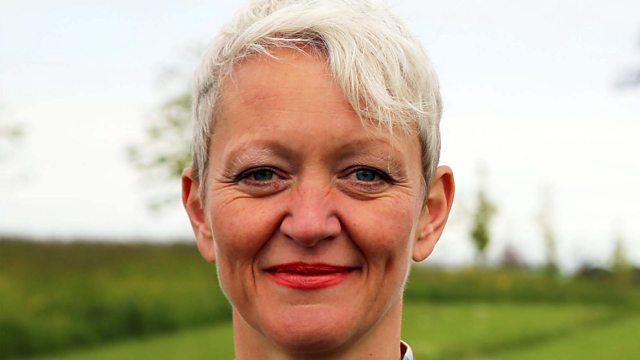 Maria Balshaw, director of Tate, shares the eight tracks, book and luxury she would want to take if cast away to a desert island. With Lauren Laverne.

Maria was born in 1970 in Birmingham, and grew up in Northampton, where her father, Walter, was a parks officer, and her mother, Colette, was a teacher. She read English and Cultural Studies at the University of Liverpool and fell in love with the newly opened Tate Liverpool at Albert Dock.

After working as an academic for almost a decade, she changed career and headed a government campaign to inspire creativity in schools.

In 2006, she became director of the Whitworth gallery in Manchester, where she promoted works by women artists and oversaw a major redevelopment and expansion of the building. The Whitworth won the Art Fund Museum of the Year award in 2015. Maria also took on the roles of Director of Manchester City Galleries, and Director of Culture for Manchester City Council. The Observer called her “a northern powerhouse in her own right”.

She took over leadership of the four Tate galleries from Sir Nicholas Serota in June 2017, and is the first woman to hold this role.

Maria has two children from her first marriage and lives in Kent and London with her second husband, Nick Merriman, Director of the Horniman Museum.

BOOK CHOICE: Vickery’s Folk Flora: an A-Z of the Folklore and Uses of British and Irish Plants by Roy Vickery
LUXURY ITEM: A full set of flower and vegetable seeds
CASTAWAY'S FAVOURITE: Waiting for the Great Leap Forward by Billy Bragg