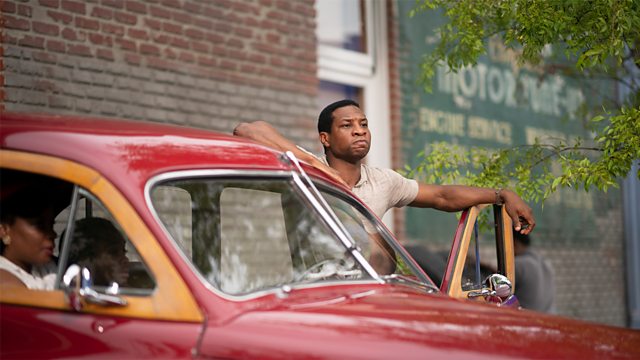 Lovecraft Country is a new 10-episode HBO series, based on the 2016 novel by Matt Ruff, set in 1950s Jim Crow America. The story is about a young African American man whose search for his missing father begins a struggle to survive and overcome both the racist terrors of white America and also terrifying monsters that could be pulled from the pages of horror fiction writer H.P Lovecraft’s weird tales. Writer and broadcaster Ekow Eshun reviews the series.

We continue our interviews with the writers shortlisted for the 2020 Women’s Prize for Fiction. American author Jenny Offill discusses her acclaimed novel, Weather, about a female librarian struggling to cope with a domestic life haunted by the growing awareness of catastrophic climate change.

National Prison Radio is run by a British prison-based charity, broadcasting programmes made by and for prisoners in over 100 prisons in the UK, and is the world's first national radio station of its kind. Next week they broadcast an ambitious radio drama – a 29 minute sci–fi adventure called Project Zed, conceived and produced by artist Ruth Beale, working with prisoners at HMP Lincoln. It was commissioned by Mansions of the Future - an arts and cultural hub in Lincoln City Centre. Samira is joined by Ruth and facilitator Sonia Rossington, who worked together with the prisoners to put the drama together.

On Monday’s Front Row we heard from Natalia Kaliada, co-founder of the Belarus Free Theatre - the only company in Europe to be banned by their country’s government – who told us three of their members have been arrested in Minsk following the election. Their whereabouts and condition were unknown. Natalia returns to Front Row with an update.

Glyndebourne Opera returns. My Rembrandt film. How dangerous is playing the trumpet?

Lovecraft Country is available to stream on Sky Atlantic from 17 August 2020.

Find out more about the Society of Authors' Step Up campaign to support authors facing financial hardship due to the health crisis.

Project Zed will premiere on 17 August 2020 on National Prison Radio, followed by Montez Press Radio, Lincoln City Radio and Resonance FM. From September 2020 it will be accessible to the public through Soundcloud.

The Woman's Prize for Fiction