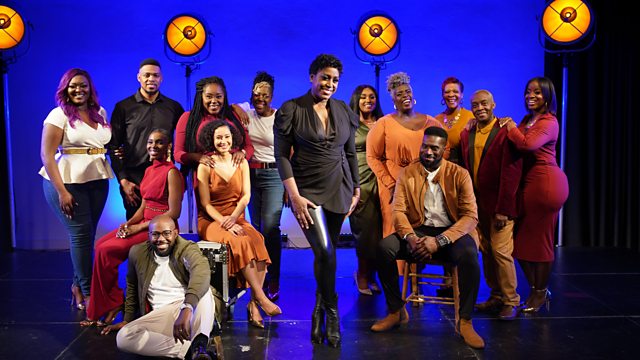 British soul singer Mica Paris traces the origins of six famous gospel songs and finds out why some of her contemporaries have returned to their gospel roots.

British soul singer Mica Paris was brought up on gospel music and sang in church from an early age. In her teens, she became an international star, singing pop and soul and having worldwide hits. Now though, Mica is curious about the origins of the songs she sang so easily as a child, why some of her contemporaries have returned to their gospel roots as well as thinking about her own faith and her own big teenage decision to leave the church and sing secular music.

Mica revisits her childhood church in Lewisham to start exploring the meaning and origins of these famous gospel songs. She examines songs such as Amazing Grace and discovers the complex reasoning behind the words. She sings with The Kingdom Choir, made famous by the wedding of Prince Harry and Meghan, and travels to the cotton fields of America, where gospel was used to make the work of enslaved Africans more bearable.

She meets the choir at Fisk University in Tennessee, who formed just after slavery was abolished and sang for Queen Victoria, and finds herself overwhelmed by her emotions when she finds out how the slavery freedom fighters used gospel to communicate.

Mica also delves into the history of Sam Cooke and Thomas A Dorsey, who both encountered tragedy in and out of the church, and she sings with bluesman Jools Holland to contemporise a favourite gospel tune.

Finally, Mica comes right up to date with the music of current artists, such as Stormzy, who have no fear of church versus secular music, are open about their faith and are combining the two with great success.