BBC Two
Rockfield: The Studio on the Farm
Main content 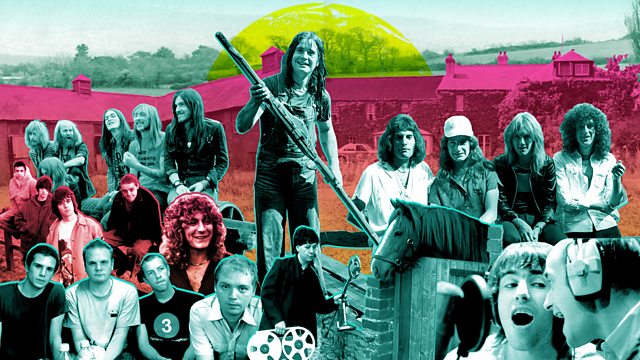 Rockfield: The Studio on the Farm

Black Sabbath, Queen, The Stone Roses, Oasis, Coldplay, Simple Minds, Robert Plant and Manic Street Preachers are some of the greatest bands and musicians of our time, but what is the one thing these titans of music have in common?

This film tells the unlikely tale of how two Welsh farming brothers turned their dairy farm into one of the most successful recording studios of all time, producing four decades of legendary rock music. It’s where Queen recorded their seminal Bohemian Rhapsody, featured in the Hollywood blockbuster of the same name. But Rockfield’s own story has never been told until now.

Fifty years ago, deep in the Welsh countryside, brothers Kingsley and Charles Ward were starting out in the family dairy farming business. But they yearned to do something different – they wanted to make music. So they built a studio in the attic of their farmhouse and started recording with their friends. Kingsley’s new wife Ann left her job in the local bank to do the books, and they continued farming all the while. Animals were kicked out of barns to make way for recording equipment, and musicians were moved into Nan’s spare bedroom. Inadvertently, they’d launched the world’s first independent residential recording studio.

Rockfield’s reputation spread like wildfire, quickly garnering international acclaim. From Black Sabbath, Hawkwind and Queen, to Simple Minds, Iggy Pop and Robert Plant, and later Oasis, The Stone Roses, The Charlatans, Manic Street Preachers and Coldplay - an unbelievable roll call of artists have made music and mayhem at Rockfield.

Legendary musicians give us their awe-inspiring Rockfield stories - sharing with us the highs, lows and magical moments that created some the world’s best-known and loved songs of our times - from Wonderwall to Yellow.

Innovatively told through archive, animation and personal interviews, Rockfield: The Studio on the Farm is an extraordinary story of rock and roll dreams intertwined with a family business’s struggle for survival in the face of an ever-changing music landscape. Amazingly, Kingsley Ward and his wife Ann, now in their 80s, are still at the helm today, with daughter Lisa 'front of house'.

See all clips from Rockfield: The Studio on the Farm (3)