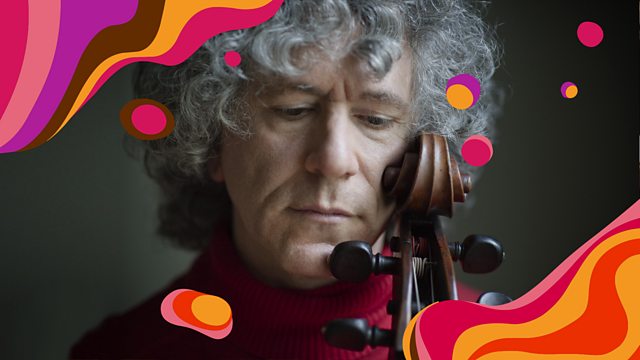 Kate Molleson introduces a Prom from 1989 conducted by the late Oliver Knussen, one of the most respected figures in British contemporary music. She is also joined by the soloist in tonight's concert, cellist Steven Isserlis.

Knussen composed his Flourish with Fireworks for American conductor Michael Tilson Thomas, to reflect a shared admiration for the music of Stravinsky, here represented in the symphonic poem he made in 1917 from his opera The Nightingale. Song of the Nightingale later became a successful ballet, with choreography by Massine and later Balanchine.

Also premiered were two other works by British composers: the Symphony by Minna Keal; and John Tavener’s The Protecting Veil for cello and orchestra, a radiant expression of Tavener’s faith which, in his own words, attempted to ‘capture some of the almost cosmic power of the Mother of God’. Commissioned by the BBC, it has since become a contemporary classic, having received over a dozen recordings.

The Royal Concertgebouw Orchestra at the Proms—2020