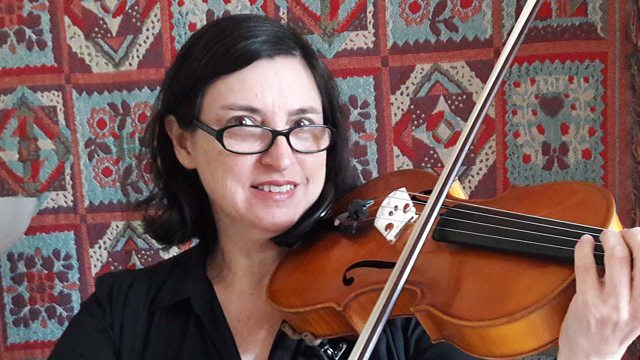 The Power of Music

Clarke Peters and Maggie Service read poetry and prose set against a musical menu with special recordings by BBC musicians and performing groups of Mozart to Lianne La Havas.

As the 2020 BBC Proms gets under way Words and Music explores The Power of Music in a special programme featuring recordings by all the BBC-affiliated performing groups. Readers Clarke Peters and Maggie Service read poetry and prose exploring the unique place music has in our lives, from the 'thousand twangling instruments' which magically fill the air in Shakespeare's The Tempest, to the 'mute glorious Storyvilles' that Philip Larkin imagines when he hears Sidney Bechet play. We'll feel the jealousy and awe that Mozart inspired in Salieri in Peter Schaffer's Amadeus, and the erotic urgency of Langston Hughes' Harlem Night Club. In this special edition of Words and Music the BBC orchestras play a starring role. There are special remote recordings from members of the BBC Symphony Orchestra, BBC Philharmonic and BBC Singers, and Rachel Weld, a viola player from the BBC Philharmonic, has recorded a series of postcards reflecting on life as an orchestral musician, and what the enforced distance from her fellow players has been like during lockdown.

All the music in this special edition is recorded by BBC performing groups and affiliated orchestras and ranges from the BBC Philharmonic playing Beethoven's Fifth Symphony and the BBC National Orchestra of Wales playing Shostakovich, to the BBC Symphony Orchestra playing with Lianne La Havas. There's also Britten played in a special remote recording by BBC Symphony Orchestra harpist Louise Martin, Haydn from a BBC Philharmonic Orchestra quartet and Cole Porter's Night and Day sung by members of The BBC Singers.

Looking Back on Childhood

The Black Sun: marking 75 years since the first atomic bomb