BBC Two
The Rise of the Murdoch Dynasty
Main content 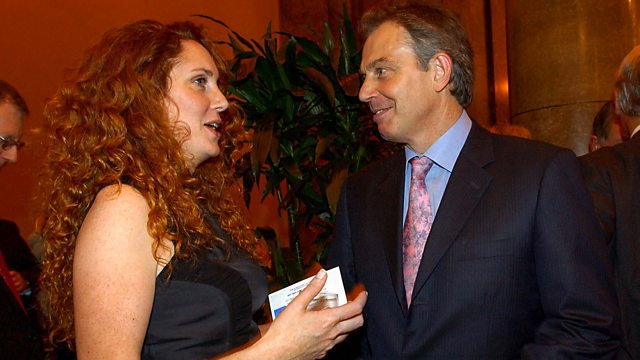 Documentary. Rupert Murdoch must decide who he wants to be Britain’s next prime minister, whilst a battle for succession begins within his own family.

Kingmaker meets Rupert Murdoch in 1995, a pivotal year that sees him presiding over two important dilemmas - who he wants to be Britain’s next prime minister and which of his children he wants to take over his business.

This episode charts the growing relationship between Rupert Murdoch and Tony Blair, and the Murdoch press and Blair’s Labour Party - a relationship that becomes almost uncomfortably close. Critics claim that Murdoch’s organisation cultivated too much influence over the British government – lobbying for war in Iraq, enjoying open access to the prime minister and favourable treatment when it comes to business. Supporters, however, claim that this is how business works, not least when you are as influential as Rupert Murdoch.

Murdoch’s family dynamic is rocked when he marries a woman 37 years his junior, polarising the children and jeopardising Murdoch’s plans for succession. Just as Murdoch is approaching the peak of his powers and influence in the UK, cracks begin to appear that point to deeper, darker problems within his empire.

See all episodes from The Rise of the Murdoch Dynasty

See all clips from Kingmaker (2)