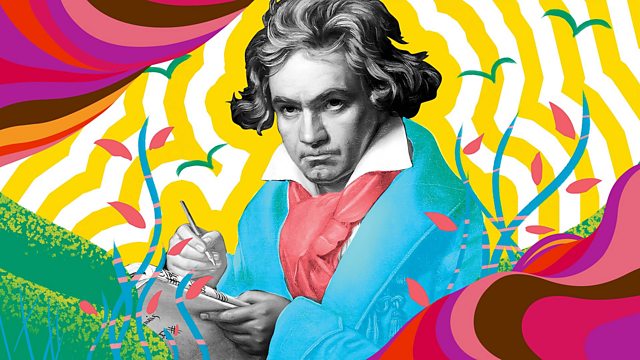 Tonight sees the launch of six weeks of highlights from the past three decades of the Proms, featuring memorable performances from an array of the world’s greatest soloists, orchestras and conductors.

Marking the 250th anniversary of Beethoven’s birth, we open with a mash-up of Beethoven’s nine symphonies – a First Night commission by Iain Farrington recorded in lockdown by a Grand Virtual Orchestra formed of around 320 players from across the BBC Performing Groups. The Beethoven celebrations continue with the dramatic Piano Concerto No. 3 performed at the 2017 First Night by Igor Levit, who has more recently reached a new audience through his live Twitter concerts streamed direct from his Berlin apartment during the coronavirus lockdown.
Sir Harrison Birtwistle’s riotous, hard-hitting Panic – for saxophone, drums and orchestra – won instant notoriety following its premiere at the Last Night of the 100th-anniversary Proms season in 1995.
Tonight’s selection concludes with Claudio Abbado’s final Proms appearance, in 2007, conducting the 127 players of his Lucerne Festival Orchestra in a rapturous performance of Mahler’s epic hymn to nature, his Third Symphony.