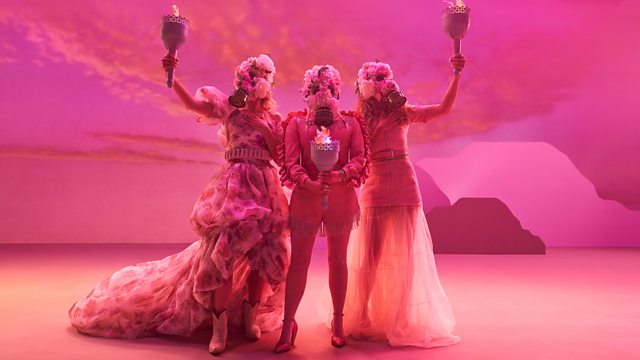 The Chicks, the biggest selling U.S. female band of all time on their new album Gaslighter and actor Hammed Animashaun on starring in the NT At Home's final production - Amadeus.

American country group The Chicks (formerly know as The Dixie Chicks), the biggest-selling U.S. female band of all time, talk about Gaslighter, their first album in fourteen years. Natalie Maines, lead vocalist, and Marti Maguire who plays the fiddle, reflect on the band’s outspoken political stances from the War in Iraq to Black Lives Matter and the effect these have had on their work.

Actor Hammed Animashaun has won praise and awards for his role as Bottom in The Bridge Theatre’s production of Shakespeare's A Midsummer Night’s Dream. And he also stars in NT At Home’s final production – Amadeus by Peter Schaffer.

This year, because of the pandemic, there will be no Turner Prize exhibition. Instead bursaries of £10,000 are being awarded to ten artists. Front Row is talking to the recipients and today Kirsty interviews photographer Liz Johnson Artur about her work documenting the lives of black people from across the African Diaspora.

The Chicks new album Gaslighter is available from
17 July

Liz Johnson Artur is one of ten Turner bursary winners