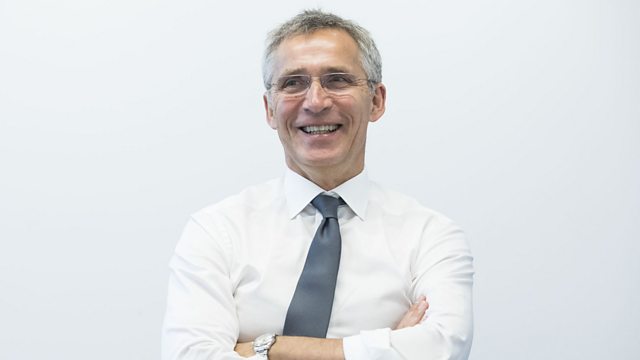 Jens Stoltenberg, the Secretary General of NATO, chooses the eight tracks, book and luxury he would take with him if cast away to a desert island. With Lauren Laverne.

Jens Stoltenberg is the Secretary General of NATO and a former Prime Minister of Norway.

Although he was born into a political family in Norway, he grew up thinking he would become a statistician, before turning to a career in politics.

He served as the Prime Minister of Norway twice. During his second term, Norway experienced one of the darkest days in its recent history, when 77 people were murdered in a bomb attack in Oslo and a mass shooting on a nearby island.

Before becoming the Secretary General of NATO, a post he has held since 2014, he spent time as a UN Special Envoy on climate change. His term in office as Secretary-General has been extended until September 2022.

DISC ONE: Lift Me by Madrugada and Ane Brun
DISC TWO: No Harm by Smerz
DISC THREE: So Long, Marianne by Leonard Cohen
DISC FOUR: Hungry Heart by Bruce Springsteen
DISC FIVE: Make You Feel My Love by Ane Brun
DISC SIX: Til Ungdommen by Ingebjørg Bratland
DISC SEVEN: Free Nelson Mandela by The Special A.K.A.
DISC EIGHT: From Up Here by Ingrid Olava