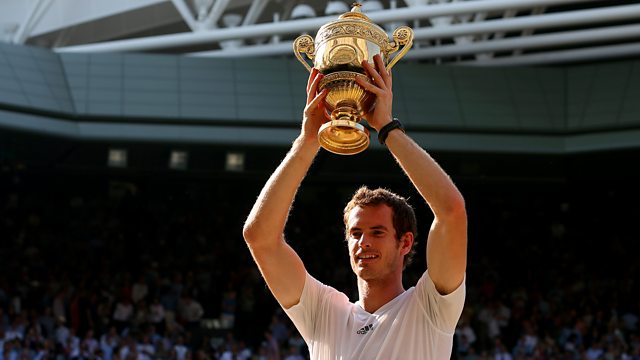 Sue Barker looks back at the career of one of Britain’s greatest sporting stars, starting with his early successes and his gold medal at the London Olympics.

Sue Barker introduces the first of a two-part look at the career of one of Britain’s greatest sporting stars, Sir Andy Murray.

This programme covers his early success and the memorable summer of 2012, when he bounced back from Wimbledon heartbreak to Olympic gold and Grand Slam glory in the space of a couple of months.

Also featured is that unforgettable July day in 2013, when Murray ended Britain’s 77-year wait for a Wimbledon men’s singles champion, an achievement which sealed his status as one of the biggest British sports stars of the modern era.