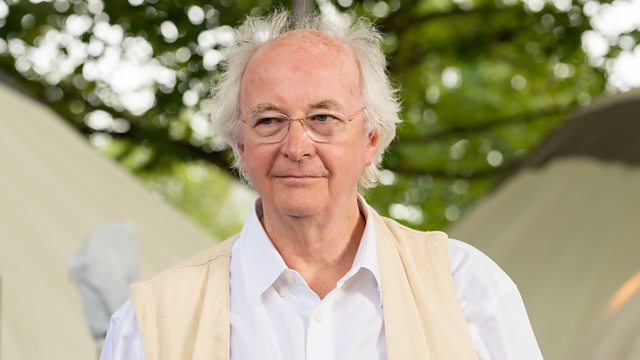 Today is the 25th anniversary of the publication of Northern Lights, the first novel in the His Dark Materials trilogy that introduced Lyra and her daemon Pantalaimon to the world. It’s been announced that a previously unseen short story by Philip Pullman about a teenage Lyra, Serpentine, will be published in October. He joins Front Row live to talk about its place in the series and what the novels and last year’s TV dramatisation have meant to so many.

Mrs America stars Cate Blanchett as conservative political activist Phyllis Schlafly who in 1970s opposed the implementation of the Equal Rights Amendment and the Women’s Liberation movement that supported it. American novelist Meg Rosoff and journalist Elle Osili-Wood consider how the drama portrays real historical events and how relevant the battles depicted in the TV series seem to young women today.

Simon Schama talks about his new BBC Radio 4 lockdown series The Great Gallery Tour. He was inspired to make the series because he is badly missing the joy of museums and galleries and he will be exploring some of his favourite treasure-houses of great art around the world: the Prado, the Rijksmuseum and the Whitney. He begins with the Courtauld Gallery in London.

Sir Philip Pullman's new novella His Dark Materials: Serpentine is published on 15 October 2020 in hardback and as a Ebook.

The 9-part series Mrs America is on BBC Two on Wednesdays at 9.00pm, and on the BBC iPlayer.

Image to the left: Cate Blabnchett as Phyllis Schlafly in Mrs America