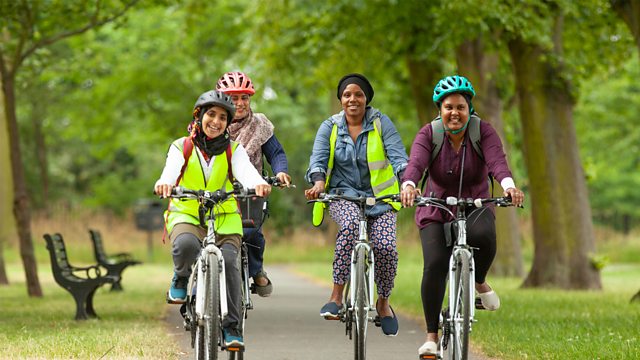 A look at the ethical and religious issues of the week with Edward Stourton.

Pre-pandemic times saw Britain’s roads sprinkled with cyclists but they were mainly white, male and clad in lycra. Cycle Sisters in East London challenges this stereo-type because it’s a cycle group for Muslim women.

There is a high proportion of ethnic minority families living in the part of Leicester where the highest number of Covid-19 cases have been recorded. Suleman Nagdi, from Leicester’s Federation of Muslim Organisations, talks to Edward about how the Muslim community is feeling as the city experiences its second lockdown.

Bishop Jonathan Ruhumuliza has been offered a job as a priest by the Diocese of Manchester despite twice having been refused asylum in the UK (on the grounds that he was a “genocide denier”). In 2014, he was finally allowed to stay in Briton on appeal, the immigration tribunal deciding that he had “found redemption through his religious work since the genocide”. The Guardian's Chris McGreal talks about Jonathan Ruhumuliza’s past asks whether he should have a future in the Church of England.

Hajj, Russian Jews and Weddings are back.