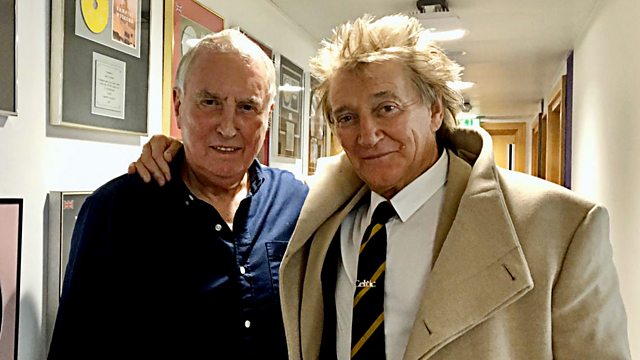 It's your weekly blast of amazing music from the decade, all lovingly curated by Johnnie.

It's your weekly blast of amazing music from the decade, all lovingly curated by Johnnie.

Starting this week, and running throughout the summer, we'll revisit interviews with many of the superstar legends that Johnnie has chatted with over the past few years. Kicking things off, we go back just a few months to the end of 2019 when he spent time with the one and only Sir Rod Stewart.

Plus, the 365th song will enter Johnnie's Jukebox, as suggested by loyal listener Chris Buckingham, and it's another one of those great 'turntable hits' that radio loved at the time, but somehow managed to miss the chart back in 1977. However, it's now a staple of many soft rock and power ballad compilation albums.

There are more stories and noteworthy events that happened This Week In Music from across the decade, including the arrival on the chart of the biggest record during the long hot summer of '76, a band causing a so-called 'mini riot' at the Royal Albert Hall that led to the venue banning all rock acts from appearing there, and a chart debut for one of the most influential singles of all-time.

Get involved and get in touch: walker @bbc.co.uk