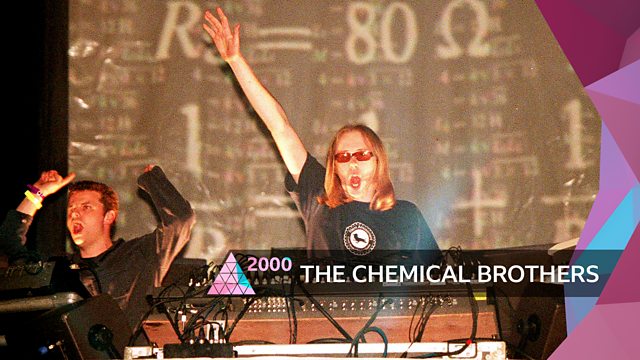 Glastonbury becomes one giant house party as The Chemical Brothers draw one of the biggest crowds ever to gather in front of the Pyramid Stage. Contains multiple flashing images.

The year 2000 sees the return to Glastonbury of the Pyramid stage, its third incarnation, 100 feet high and clad in dazzling silver.

Dance duo Tom Rowlands and Ed Simons take to the iconic stage on the Saturday night and turn the whole field into one giant house party, drawing one of the biggest crowds ever to gather in front of the Pyramid Stage. Expect all the big tunes from the first DJ act to headline the festival, including Hey Boy Hey Girl, Music: Response and Block Rockin’ Beats, plus the incredible visual show we have come to expect from these electronic wizards.