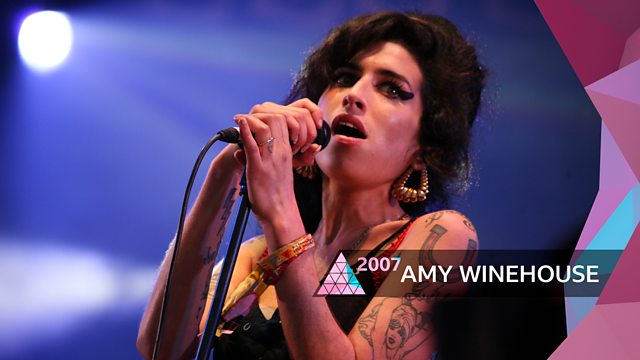 Amy Winehouse and her band perform classic tracks, including Tears Dry on Their Own, Back to Black and Rehab, across two sets at the 2007 Glastonbury Festival.

Amy Winehouse performs twice in one day at the festival in 2007, taking to the Pyramid Stage in the afternoon followed by an evening set on the then Jazz World Stage. Her seminal and big-selling Back to Black album had been released the autumn before and by the time of this festival had become a huge success.

She and her band perform many of her classic tracks, including Tears Dry on Their Own, Back to Black and, of course, Rehab.