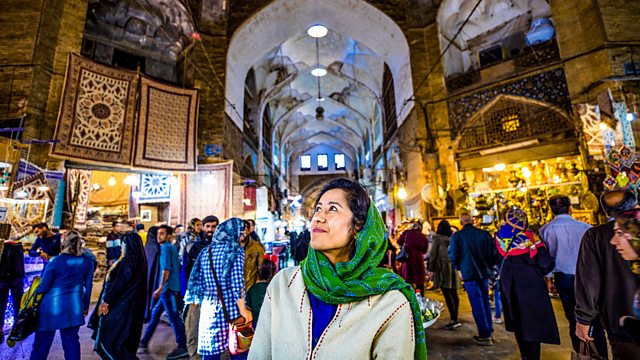 Art of Persia Series 1
Episode 3 of 3

Samira Ahmed goes back to when Persia faced her gravest threat, Genghis Khan, and reveals how the Safavids, who succeeded the Mongols, give Iran a powerful new identity.

In the last episode, Samira Ahmed travels to the crumbling ruins of an ancient walled city and goes back to when Persia faced her gravest threat, Genghis Khan. But from the death and destruction there emerged a golden age of Persian poetry and art.

In the fabled city of Isfahan, Samira encounters the dynasty of shahs that succeeded the Mongols - the Safavids, who gave Iran a powerful new identity through Shia Islam and carved its message in stone, brick and tile.

Finally, Samira travels to Persepolis to tell the story of Iran’s last shah and his ill-fated attempt to link his dynasty to Persia’s ancient kings, with momentous consequences for the world.

See all episodes from Art of Persia