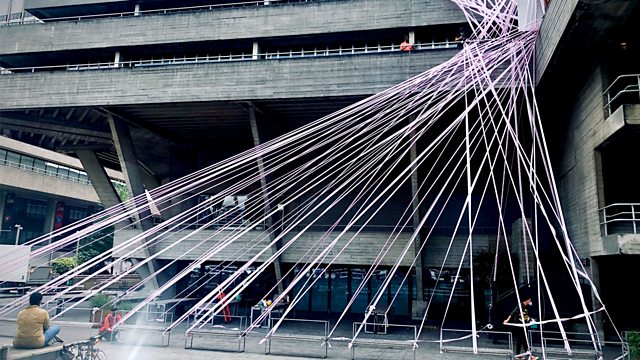 Some of our major theatres are wrapped in pink today as part of the #missinglivetheatre campaign. Designer Tom Piper talks about the project.

Novelist Sara Collins and actor Daniel York Loh make up our Friday Review panel. They’ve watched the newly released recording of the smash hit musical Hamilton, written by Lin-Manuel Miranda, which allows viewers to replicate the theatrical experience at home. Also on the agenda, Michaela Coel’s BBC One drama I May Destroy you, which continues to make waves; and what the cancellation of pantomimes means for theatres and actors.

The Black Lives Matter movement has thrown into sharper focus the role of schools in providing an appropriately diverse curriculum, with many saying that Black British history for example should take a greater place. But what about the curriculum in arts subjects? Is change needed and if so what? Bennie Kara is the author of the upcoming A Little Guide for Teachers: Diversity in Schools and a deputy head teacher in the East Midlands.

BBC Proms director David Pickard discusses his plans for this year’s festival as the official guide is published, and how he’s had to adapt to the restrictions he faces for the safety of live audiences and performers.

From Fargo to The Silence of the Lambs, via James Bond, whenever someone in a film is about to meet a particularly grisly end it seems, these days, their demise has to be accompanied by the most beautiful classical music. It wasn’t always this way. Critic Theodore Gioia considers why, and what this means.

The Secrets She Keeps, Fyzal Boulifa, Urdu poetry in Bradford

The BBC Proms will run from 17th July to 12th September

Hamilton is streaming on Disney+

The 12-part series I May Destroy You, written by Michaela Coel, continues on BBC 1 on Mondays and Tuesdays until 14 July 2020, and you can see all 12 episodes on the BBC iPlayer.

Image to the left, from Left: Marouane Zotti (Biagio), Michaela Coel (Arabella), Weruche Opia (Terry) and Camille Dugay (Mathilda) in I May Destroy You