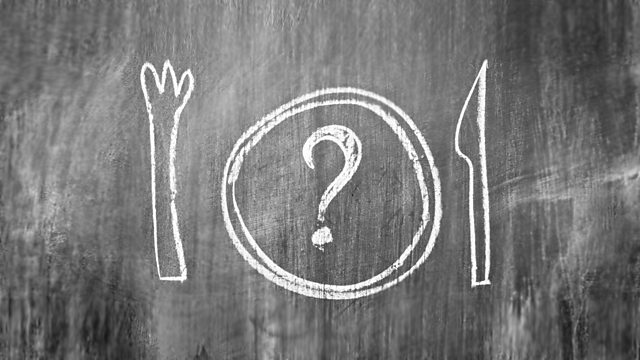 What do you do when your toddler is a fussy eater? Also, a Parliament that works for women, passing for white, and Terri White, editor-in-chief of Empire magazine.

What do you do when your toddler is a fussy eater? A guide for parents about fussy eating which has been available for over ten years, has just been re-evaluated by 25 mothers. Jenni hears from Amanda, a mother of two daughters, plus one of the academics behind the guide, Claire Farrow, Professor in Children's Eating Behaviour at Aston University, Birmingham.

The system of proxy voting for MPs on baby leave is due to expire this summer. Last year, Andrea Leadsom, then Leader of the House of Commons, announced that MPs could take baby leave. Men would get two weeks and women would get six months and they can, if they choose, vote by proxy. So, what is likely to happen now? And what can be done to prevent gender equality in Parliament from being seen as a luxury add-on as the country faces the current health and economic challenges of Covid-19? We hear from Andrea Leadsom MP and Sarah Childs, Professor of Politics and Gender at Royal Holloway, University of London.

To everyone else, Terri White appeared to be living the dream. In her thirties, she moved from the UK to New York to edit magazines and went on to become one of Folio's Top Women in US Media. In reality, she was rapidly sliding towards a mental health crisis that would land her in a locked psychiatric ward as her past caught up with her. The now editor-in-chief of Empire magazine describes her time in New York and her traumatic childhood of physical and sexual abuse in a new memoir, 'Coming Undone'.

We speak to Dr Janine Bradbury, Senior Lecturer in Literature at York St John University, about the history of 'passing for white' novels and films, many of which offer deeply problematic representations of mixed race women.
Books mentioned by Dr Bradbury: The House Behind the Cedars by Charles Chestnutt, Passing by Nella Larsen, Caucasia by Danzy Senna, The Vanishing Half by Britt Bennett