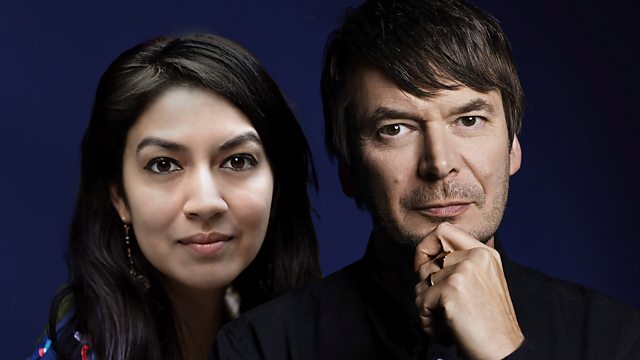 Crime writer Ian Rankin talks to Tahmima Anam, whose first novel was inspired by her grandparents' experiences of war in Bangladesh. Plus Xine Yao on science fiction writing.

Crime writer Ian Rankin talks with Tahmima Anam in a conversation organised in partnership with the Royal Society of Literature and the Bradford Literature Festival.
Plus New Generation Thinker Xine Yao looks at the depiction of East Asian figures in science fiction films and writing. Shahidha Bari presents.

Ian Rankin's latest Inspector Rebus novel A Song For the Dark Times comes out in October. His cat-and-mouse espionage thriller Westwind was republished last September. Tahmima Anam's first novel debut novel, A Golden Age, was inspired by her grandparents' experiences of war in Bangladesh. It was followed in 2011 by The Good Muslim and the final book in the Bangladesh trilogy The Bones of Grace.

Bradford Literature Festival has a series of digital events running this year https://www.bradfordlitfest.co.uk/
You can find more conversations about literature including several past Free Thinking episodes on the Royal Literature Society website https://rsliterature.org/

Xine Yao is one of the 2020 New Generation Thinkers on the scheme run by BBC Radio 3 and the Arts and Humanities Research Council which selects academics to turn their research into radio. The book mentioned in the discussion is called Severance by Ling Ma.
You can find a longer discussion about Fu Manchu in this Free Thinking programme called Neel Mukherjee, Images of China https://www.bbc.co.uk/programmes/b04jjnlx