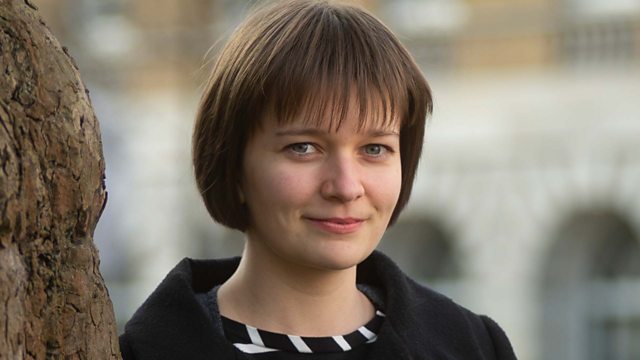 Advances in robotics and virtual reality are giving us ever more 'realistic' ways of representing the world, but the quest for vivid
visualisation is thousands of years old. This essay takes the guide to oratory and getting your message across written by the ancient Roman Quintilian and focuses in on a wall painting of The Judgment of Solomon in an Elizabethan house in the village of Much Hadham in Hertfordshire. Often written off as stiff, formal and artificial with arguments that the Reformation fear of idolatry stifled Elizabethan art, New Generation Thinker Christina Faraday argues that story telling and conveying vivid detail was an important part of painting in this period as art was used to communicate messages to serve social, political and religious ends.
Christina Faraday is a New Generation Thinker who lectures in the History of Art at the University of Cambridge. You can hear her discussing the history of fairgrounds at the end of a Free Thinking episode called Kindness https://www.bbc.co.uk/programmes/m000j9cd and her work on an exhibition at the National Portrait Gallery of the painting of Nicholas Hilliard in a Free Thinking episode about the joy of miniatures https://www.bbc.co.uk/programmes/m0002mk2

New Generation Thinkers is a scheme run by BBC Radio 3 and the Arts and Humanities Research Council to select ten early career academics each year to turn their research into radio.

Coming out Crip and Acts of Care—New Generation Thinkers 2020

Not Quite Jean Muir—New Generation Thinkers 2020