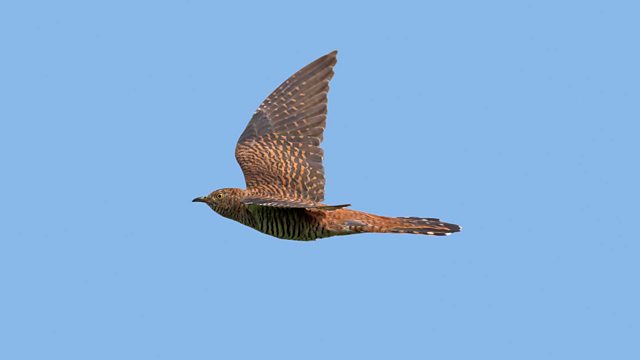 Naturalist Brett Westwood considers the journeys that both cuckoos and people make from the DRC to get to the UK. Exploring why and how they come and perils encountered en route.

Naturalist Brett Westwood has been thinking more and more about migration to the UK. He’s spent a lifetime studying migrating birds, but he’s become increasingly alert to the people making a similar journey.

He’s particularly interested in cuckoos. We might think of cuckoos as quintessentially British, but they only spend about 10 to 12 weeks of their year here in the UK. They are native to the Democratic Republic of the Congo.

Brett considers the journeys of both cuckoos and people from the DRC to the UK. He explores the reasons they come, the routes they take, the perils they face along the way and the lives they live when they get here.

He talks with Mike Toms and Chris Hewson from the British Trust for Ornithology about the work they do in tracking cuckoo migration; to Natasha Walter,
Director of the organisation: Women for Refugee Women; and to two asylum-seeking women who have made the perilous journey from the DRC to the UK to make a new life here.