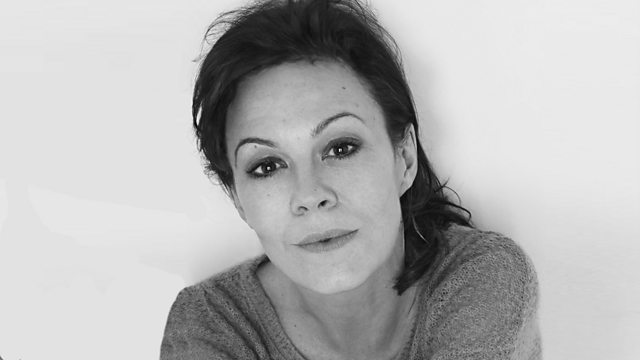 Helen McCrory shares the eight tracks, book and luxury she would want to take with her if cast away to a desert island. With Lauren Laverne.

Helen McCrory shares the eight tracks, book and luxury she would want to take with her if cast away to a desert island.

Helen McCrory OBE is one of the most versatile and critically acclaimed actresses working today. On screen she has played Anna Karenina, Cherie Blair (twice), Harry Potter's Narcissa Malfoy and the Peaky Blinders matriarch Aunt Polly. Her theatre roles range from Yelena in Uncle Vanya to Euripides' Medea.

A diplomat's daughter, she spent her early childhood in Africa before continuing her education in the UK. After a bruising and unsuccessful audition at the Drama Centre in London - she was instructed to find out more about life before learning to act - she travelled to Italy where she discovered art and love and came back to try again. This time she passed the audition.

In 1993 she made her mark in Richard Eyre's production of Trelawny of the Wells at the National Theatre and went on to perform leading roles on some of London's most prestigious stages, winning two Olivier Award nominations. She was awarded an OBE for services to drama in 2017.

She met her husband, fellow actor Damian Lewis, when they both starred in a play called Five Gold Rings. In response to the Covid-19 pandemic Helen and Damian, together with the comedian Matt Lucas, co-founded the Feed NHS campaign which raises money to provide hot meals to frontline NHS workers.