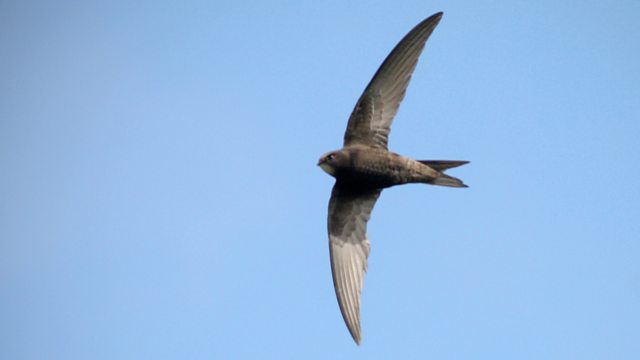 An extended version of Tweet of the Day featuring the swift and the alpine swift with Samuel West, Sir David Attenborough and Bill Oddie

In this extended version of Tweet of the Day we feature the two species of swifts you may see in the United Kingdom. Firstly we'll hear actor and keen birdwatcher Samuel West on that summer visitor the common swift screaming over our towns and cities, followed by Sir David Attenborough. Our immersion into the swift ends with comedian and birdwatcher Bill Oddie on the alpine swift, an occasional spring visitor to our airwaves.