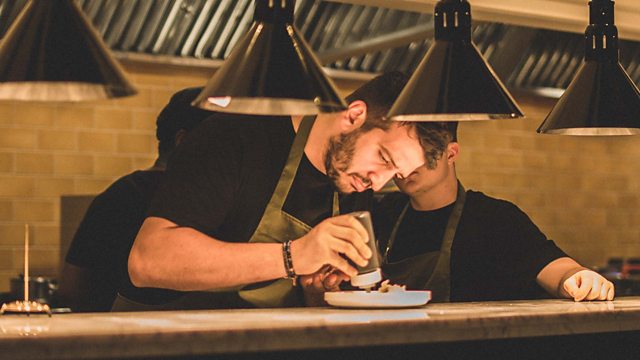 Scot Nico Simeone is one of the UK’s hottest chefs and has a revolutionary new dining concept that he wants to take to the world.

As the restaurant scene in the UK has never been tougher, 29-year-old Scottish chef Nico Simeone is expanding his empire. Big names have fallen by the wayside recently, but Nico’s six-dish tasting menu is making waves and in this series, he is bringing fine dining to the masses.

We join him as he attempts to open his Belfast restaurant and see how hard Nico works to put his dreams into reality. He is not afraid to get his hands dirty, and it isn’t all plain sailing.

Nico’s six dishes are the only things on the menu, and they change every six weeks. The first theme at Belfast is the highly respected chippy menu. We see how Nico takes everyday dishes - chips and cheese, scampi, steak pie - and with a twist of creative power, turns them into fine dining. Another unique aspect of Nico’s restaurants is the price - it is less than half the price of other tasting menus.

Will the menu and the price be successful in Belfast? With three days to go, the restaurant still looks like a building site. Will they beat the clock and be able to open in time?