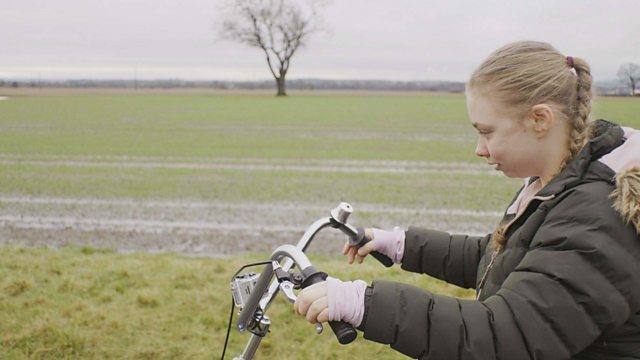 Sami is mother to 19-year-old April, who suffers from autism. Sami wants her to have an independent future, but finding the best option is challenging, and letting go is even harder.

Sami is a single parent from Dundee and mother to 12-year-old Frankie and 19-year-old April. From the age of two, April started to exhibit difficulties, which were eventually diagnosed as severe autism and learning problems. Sami was told that April would never speak, and from that point on she became a one-woman army to fight for April’s rights to have the education, healthcare and support that every other child in Scotland is entitled to.

April is about to leave residential school to move to adult accommodation, and the film follows Sami as she navigates through the care system to find the best options for April and her emotional wrench to let go. Meanwhile, April in her bubble, tries to make sense of our complex world.

See all episodes from Right Here