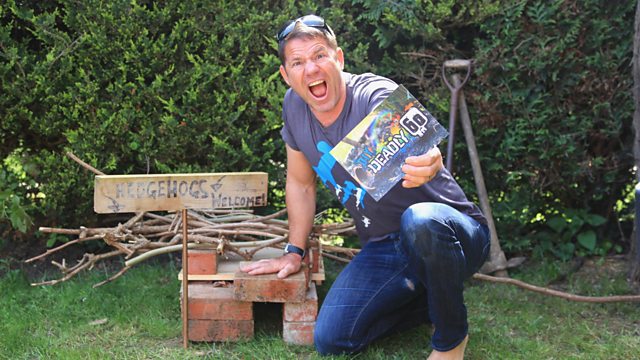 From slow-worms to foxes, naturalist Steve Backshall explores deadly animals in our gardens.

In this episode, Steve focuses on our parks and gardens. This green space may look pristine, but for wildlife it’s savannah, jungle and mountains all rolled in to one. And judging by CBBC’s most observant viewers, its packed full of deadly animals!

Steve unravels the mystery of some blue eggs in a nest, explains how a spider uses camouflage and trickery to lure in its prey, and tells about a worm that isn’t a worm... it’s a lizard!

In a DIY demo, Steve then shows us how to keep hedgehogs warm and toasty during winter by building a hibernation house.

But that’s not all. The audience gets their chance to ‘beat Backshall’ in a 60-second quickfire round. The question is, how many can Steve get right before his time is up?

We also learn that fox cubs are endearing alarm clocks, and why you wouldn’t want to wander around an Australian garden without a grown-up!